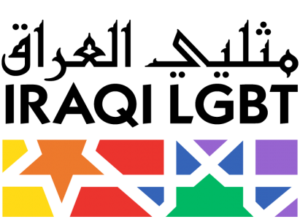 The following messages were posted to the Euro-Queer and GaysWithoutBorders mailing lists.

Ali Hili and Iraqi LGBT send their thanks to Peter Tatchell, HIVOS and our friend Doug Ireland for making this happen.

Thanks and appreciation to every individual and organisation that has supported and raised awareness of the plight of Iraqi LGBTs, and who has lobbied politicians and news editors to get stories on this issue published, like this excellent piece in the New York Times:

But I would also like to remind everyone that despite all the criticisms thrown at him, it was Ali Hili of Iraqi LGBT who first alerted the world to the organised killing of LGBT people in Iraq – way back in 2005. For a long time, he was a lone voice.

Although people have criticised Ali for various failings, he nevertheless deserves a great deal of praise for his pioneering, ground-breaking and life-saving work.

It is wonderful that Time Magazine, CNN and the New York Times have now reported the terrorisation of our LGBT sisters and brothers in Iraq, and that Human Rights Watch and other human rights organisations have produced some very powerful and valuable reports on the subject.

Our thanks to them.

While I would not wish to detract one iota from the contributions of others, I think it is also important that we should show due generosity and humility by acknowledging that it was Ali Hili and Iraqi LGBT who first bought this issue to public consciousness. They deserve our gratitude.

As a journalist who, over the last four years, has written a great deal about the horrendous campaign of intimidation, torture, and murder targeting Iraqi gays, I want to associate myself with our friend Peter Tatchell’s comments about the debt owed to Ali Hili and Iraqi LGBT for having brought the issue to the world’s attention. Whatever criticisms one may make about Ali and the organization’s management (and I’ve expressed a few in private to Ali myself) there is no question that he and Iraqi LGBT played the catalytic role with their research and their campaigning in putting this issue on the agenda of the media. It’s taken a long time since I first wrote about the anti-gay death squads in Iraq four years ago for the mainstream U.S. media to begin to pay attention to this story — the British press was on it much, much earlier — and I’m glad to see that, even though some of the recent reporting has been flawed and incomplete, the heartrending plight of Iraqi queers is finally getting some of the attention it so urgently deserves. Without the groundbreaking work of Ali and Iraqi LGBT at the beginning, when even the human rights organizations weren’t paying attention (they only recently got into all this, it must be noted) the current attention being paid would not be happening now.