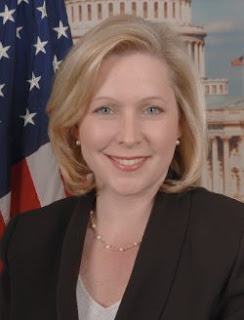 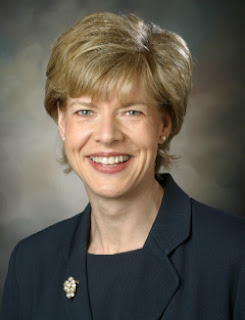 LGBT Individuals Tortured and Killed in Iraq in 2009


No Proper Investigations, No Arrests for Crimes Against LGBT Individuals in Iraq


Take Action to Enforce Human Rights Laws to Protect Members of the LGBT Community in Countries Where Their Rights Are Abused.

Washington, D.C. – With hundreds of LGBT individuals being beaten, persecuted and even killed in Iraq, Iran and other countries, U.S. Senator Kirsten Gillibrand (D-NY), member of the Senate Foreign Relations Committee, and Congresswoman Tammy Baldwin (D-WI), joined by 11 of their Senate colleagues and 31 of their House colleagues, today wrote to Secretary of State Hillary Clinton urging her to work with U.S. Ambassadors, the United Nations and NGOs across the globe to enforce human rights laws that protect LGBT individuals in the countries where they are under threat. Where safe conditions are not possible, the U.S. and the UN must work with refugee and human rights groups to expedite refugees’ flight to safety.

“It is time for us in Congress to take a strong stand against all hate crimes and persecution – wherever they occur,” Senator Gillibrand said. “People in this world should not have to suffer or fear for their lives because of who they are or what they believe in. It is wrong and it must end. If Iraq, Iran and other countries are not providing the legal protections that members of their LGBT communities are entitled to, it is our duty to join with our partners in the international community, enforce the human rights laws that protect us all, and free LGBT individuals from persecution. While the ultimate goal is safe conditions in these countries, until that happens, the U.S., UN and the international community must ensure that LGBT refugees can reach safety in countries where they won’t face persecution”

“The lives of LGBT individuals in Iran and Iraq, as well as those LGBT refugees who have fled persecution, are in grave danger,” said Congresswoman Baldwin, Co-Chair of the Congressional LGBT Equality Caucus. “I know Secretary of State Clinton shares our concerns for human rights and I hope she will use the full force of her office to respond to the plight of Iraqi and Iranian LGBT refugees and urge the UNHRC to do the same,” Congresswoman Baldwin said.

“Senator Gillibrand’s letter highlights the difficulty that foreign lesbian, gay, bisexual and transgender (LGBT) refugees face when their home countries, and their countries of first asylum, permit or condone discrimination and brutal attacks based on sexual orientation or gender identity,” said HRC President Joe Solmonese. “Secretary Clinton has said that LGBT rights are human rights and we agree. We look forward to working with the State Department and Senator Gillibrand to ensure that U.S. foreign policy strongly supports protecting the human rights of LGBT individuals abroad.”

“Today, these Members of Congress have presented a comprehensive set of recommendations that will help ensure the protection of individuals who flee persecution based on their sexual orientation or gender identity only to face further persecution and violence in the countries they have fled to in search of safe refuge,” said Human Rights First’s Eleanor Acer. “We praise their leadership on this issue, and urge the administration to implement these measures including a fast-track resettlement process for individuals facing serious protection risks.”

Gideon Aronoff, President & CEO of HIAS said, ““Refugees who have fled persecution on the basis of their sexuality are among the most vulnerable in the world, as persecution often follows them across borders from one country to the next. Additionally, in some parts of the world the LGBT population is at special risk because of strong cultural mores that reject and demonize all but traditional male/female relationships. For some, resettlement to the U. S. or another free country is the only life-saving solution, but neither the U.S. Refugee Program nor the UN High Commissioner for Refugees (UNHCR) is adequately prepared to give LGBT refugees the access to safety which they so desperately need. The Congressional letter organized by Sen. Gillibrand to Secretary Clinton suggests sensible and concrete steps to save the lives of LGBT refugees, and we urge the Department of State to give these suggestions expeditious consideration.”