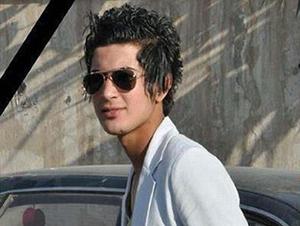 Iraqi Lgbt has recently registered atrocities against over a hundred lesbian, gay, bisexual, transgender and emo youths in Iraq. After the emergence of a hit list people live in terror.

Iraqi Lgbt (lesbian, gay, bisexual and transgender) is calling for the United States and the United Kingdom governments to help us stop violence against lesbian, gay, bisexual and transgender people in Iraq (both people who belong to the categories and people who are perceived to be). We are also calling for the United Nations and other International Human Aid groups to help us support this persecuted community in Iraq during these desperate times.

Iraqi Lgbt condemns the latest wave of violence, which has erupted since the beginning of February 2012 in Baghdad, Basra and other cities in Iraq against sexual minorities in particular and ‘emo’ youths in general. At present within Iraqi society the terms ‘emo’ and ‘gay’, ‘lesbian’ or ‘trans’ are often used interchangeably.

Recent reports obtained by Iraqi Lgbt from sources inside Iraq confirmed that over 100 gay men, lesbians and trans people have been tortured and murdered. Shia Militias have been killing people, and using new and inhumane methods of torture.  They are hitting victims on the head with concrete blocks repeatedly till death or by pushing them from roofs, as has occurred in the city of Basra. The atrocities are being used against individuals who are described as ‘adulterous’ by Islamic Shia militias.

The same militias are hanging lists with names of suspected LGBT people asking them to repent. The lists explicitly state that if the targeted people are not willing to change their behaviour they will have to face fatal consequences. The lists have been hung in several districts, including Al-Habibea in Al-Sadr city. One of the lists included the names and addresses of 33 people, while other lists included tens of names of people living in 7 different districts in the Baghdad area.

In this new spate of killing and intimidation the first young victim was reported on 6th February 2012 and the number of victims has escalated horrifically since then. This tremendous violence against sexual minorities has also been reported in Iraqi television and mainstream media, in fact the atrocities of the killings have attracted media attention in the country for the first time ever. This has started to raise questions within the parliament over the motives behind these atrocious crimes.

Iraqi Lgbt sources working within Iraq have found that the militias are getting information about the identities of sexual minorities living in the country from the ministry of interior. The forces of the Iraqi ministry of interior are using their power to elicit information from arrested gay, lesbian and trans people to obtain lists of names and addresses of suspected individuals, including members of our organisation. The ministry’s modus operandi is clearly aimed at actively tracking sexual minorities to eliminate them.  Moqtada Al-Sadr forces are one of the major forces behind these crimes.

The LGBT community in Iraq has been suffering more acutely since the 2003 invasion, which has turned Iraq into a state of fear under the new Dawa Islamic Shia party leadership. What is occurring now in Iraq is a genocide against sexual minorities, whose vulnerable lives are at the mercy of a government that does not protect them, but rather gives the green light to their killers by handing over arrested victims to murderous militias. The Islamic militias in Iraq deny the right-to-life to sexual minorities. In fact they command a death sentence against all who do not conform to the religious description of a family. Based on those rules, the campaigns of honour killings happen against women and LGBT people under the same token. Just as women face honour killing as a result of extra marital affairs, LGBT people face the same destiny because of their sexual practices which are believed to put the institution of marriage in danger.